IT’S RAINING CATS AND DOGS… Why turning to a professional translator may be a wise idea! 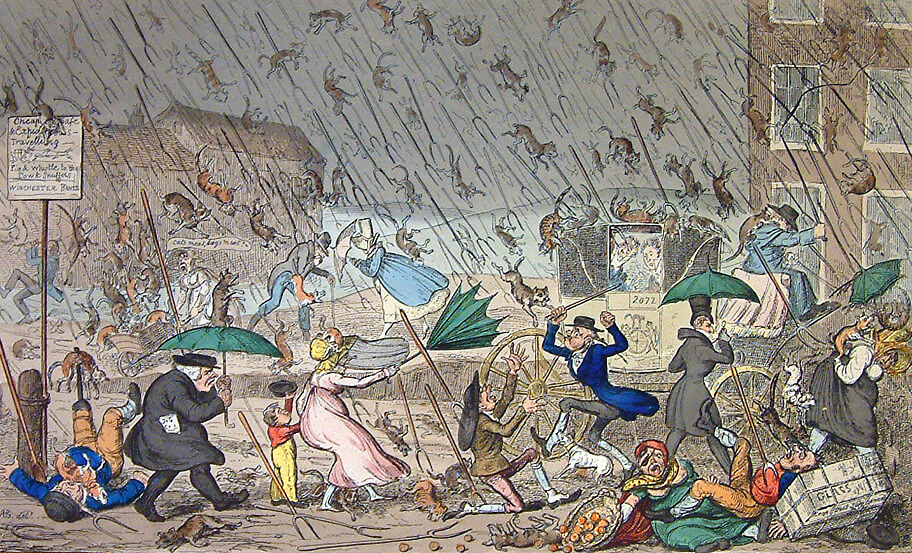 In our last post, we talked about the Italian language with a very concise excursus on some of its main traits.
In this post instead, we will address the importance of a professional translator and interpreter. Thus, starting from the previously points raised, we would like to focus on the golden rules to be borne in mind when translating from one language to another. Though the examples herein mainly refer to translations from English into Italian, the concepts apply to any language combination.

First and foremost, it should be consider that -besides being a native speaker of the target language subject of translation- a good translator must have proficient knowledge of the source language given that there is much more to translation than just a mere “transposition of words”. As a matter of fact, a good translation must be able to convey the deepest meaning of the source text, the style and the cultural or technological nuances entailed therein. Obviously, the end result of a subpar understanding of the source text will reveal all traits of a job done by an amateur. Actually, one of the inalienable requirements of a professional translation lies in the fact that the translator must be a native speaker of the target language. And this not simply because the task is easier that way, but above all because a translation must not come across as a translation and the target text must be perceived as natural as possible.

Now, getting to the point, let us have a look at the key points to be taken into account when carrying out or assessing an “up to standard” translation.

Style and figures of speech

Idiomatic expressions, metaphors and other figures of speech widely accepted in one language rarely remain identical in another language. Let us consider a very common example: “It’s raining cats and dogs”: were we to translate this phrase literally into Italian (or any other language for that matter), besides being totally meaningless, this expression would definitely fall way short of conveying its actual meaning. Phrases of this kind represent the archetype of the worst pitfalls for automatic translation machines and poorly skilled translators alike. “Piove a dirotto” could be an appropriate solution in this case. However, this is not the only possible solution. As a matter of fact, “piove a catinelle” or “viene giù il mondo” (just to use a more colloquial expression) could be other equally viable options for the translator.

Punctuation is another crucial element. Whereas using a comma before the conjunction “and” is accepted in English grammar, it is widely considered a mistake in Italian. Furthermore, whereas English grammar allows marking parenthesis using dashes or commas alike, Italian requires the use of commas only. These nuances rarely go undetected by a native reader of the target language.

Though often perceived as simpler in terms of style, Technical translations are hard nut to crack when it comes to choosing terminology. Actually, an apparently innocuous misstep by the translator of a famous American TV series managed to turn the most controversial and brilliant doctor on TV into a master sculptor when he requested one of his assistants to hand him a “scalpello” i.e. a chisel, instead of a “bisturi” i.e. a scalpel. False friends are always tricky to handle and scalpel is a worthy example.

Chances are that a mistake of this kind could draw a few smiles and couple of jokes via twitter at most. However, in official contexts such as the translation of a use and maintenance manual or patent, a mistake of this magnitude could entail dire consequences such as a malfunctioning product or problems related to claiming intellectual property rights only to cite two examples. But there is much more to it! Technical jargon is extremely important in business translations too, given that proper use of technical “jargon” when communicating with your partners enhances the understanding of the business proposal in question. Just visit any random E-Commerce website and you will have a ball, you will find all sorts of rib-tickling glaring mistakes.

Lastly, misspelling is a major problem in any language. The most common spelling errors, especially in translations, fall under various categories:

In conclusion, I opted to use an excerpt from Umberto Eco’s “Six Walks in the Fictional Woods”, in which he addresses translation as a “negotiation process”:

“Over the same period […] my book Lector in fabula (only partly reflecting the English version entitled The role of the reader) was published in Italy. The difference between the Italian (or rather Latin) title and the English title lies in the fact that a literal translation would be “The reader in the fairy tale”, and thus totally meaningless. However, in Italian it would be “lupus in fabula” i.e. “speak of the devil” in English, an expression used when someone arrives just as you were talking about him/her. Nonetheless, given that the Italian expression reminds of the popular character of the wolf, ever-present in fairy tales, Italian enabled me to bring that quote to mind, drawing the reader into the fairy tale, i.e. into any narrative text”